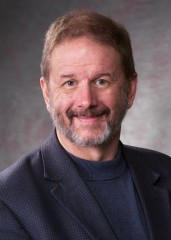 Rob Huebert is an associate professor in the Department of Political Science at the University of Calgary. He also severed as the associate director of the Centre for Military and Strategic Studies. In November 2010, he was appointed as a member to the Canadian Polar Commission. Dr. Huebert has taught at Memorial University, Dalhousie University, and the University of Manitoba. His area of research interests include: international relations, strategic studies, the Law of the Sea, maritime affairs, Canadian foreign and defence  policy, and circumpolar relations. He publishes on the issue of Canadian Arctic Security, Maritime Security, and Canadian Defence. His work has appeared in International Journal; Canadian Foreign Policy; Isuma- Canadian Journal of Policy Research and Canadian Military Journal.. He was co-editor of Commercial Satellite Imagery and United Nations Peacekeeping and Breaking Ice: Canadian Integrated Ocean Management in the Canadian North. His most book written with Whitney Lackenbauer and Franklyn Griffiths is Canada and the Changing Arctic: Sovereignty, Security, and Stewardship. He also comments on Canadian security and Arctic issues in both the Canadian and international media.

Huebert, Robert, Elferink, Alex and Rothwell, Donald. "Article 234 and Marine Pollution Jurisdiction in the Arctic." The Law of the Sea and Polar Delimitation and Jurisdiction UK: Kluwar, 2001. 249-267. Print.

Huebert, Robert. The Impact of Climate Change on Transportation in Canada’s North: The Strategic Reality 2007.

Huebert, Robert. "The Debate between the Canadian Commitment to Afghanistan and the Sudan: The Need to Consider all Costs". The Dispatch: The Newsletter of the Canadian Defence and Foreign Affairs Institute IV.II (2006): 11-13. Print.

Huebert, Robert. It is in Washington’s interest to declare the Northwest Passage Canadian Waters 2006.

Huebert, Robert and Bercuson, David. To Secure a Nation: Canadian Defence and Security in the 21st Century. 2001.